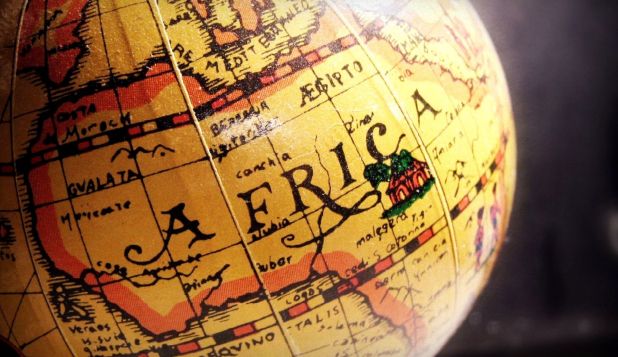 Africa – one of the most amazing continents in the world. Some scientists believe that it was in Africa that the first life on Earth originated. Africa is both the poorest and richest in the world. After all, it is here that almost the lowest standard of living is observed. At the same time, it is possible to single out lands rich in flora and fauna, which captures with its improbability. Next, we suggest reading more interesting and exciting facts about Africa.

One of the most amazing continents in the world is Africa. Some scientists believe that it was in Africa that the first life on Earth originated. Africa is both the poorest and richest in the world. After all, it is here that almost the lowest standard of living is observed. At the same time, it is possible to single out lands rich in flora and fauna, which captures with its improbability. Next, we suggest reading more interesting and exciting facts about Africa.

1. Africa is the cradle of civilization. This is the first continent where human culture and community appeared.

2. Africa is the only continent where there are places where a person has never set foot in his life.

3. The area of ​​Africa is 29 million square kilometers. But four-fifths of the territory is occupied by deserts and tropical forests.

4. At the beginning of the 20th century, almost the entire territory of Africa was colonized by France, Germany, England, Spain, Portugal and Belgium. Only Ethiopia, Egypt, South Africa and Liberia were independent.

5. The mass decolonization of Africa did not occur until after World War II.

6. Africa is home to the most rare animals that are not found anywhere else: for example, hippos, giraffes, okapi and others.

7. Previously, hippos lived throughout Africa, today they are found only south of the Sahara desert.

8. Africa is home to the largest desert in the world, the Sahara. Its area is larger than the area of ​​the USA.

9. The second longest river in the world, the Nile, flows on the continent. Its length is 6850 kilometers.

10. Lake Victoria is the second largest freshwater lake in the world.

11. “Thundering smoke” is the name of Victoria Falls, on the Zambezi River, by local tribes.

12. Victoria Falls is over a kilometer long and over 100 meters high.

13. The noise from the fall of water from the Victoria Falls extends for 40 kilometers around.

14. At the edge of Victoria Falls there is a natural pool called the Devil’s Pool. You can swim along the edge of the waterfall only during the drought period, when the current is not so strong.

15. Some African tribes hunt hippos and use their meat for food, even though hippos have the status of a rapidly declining species.

16. Africa is the second largest continent on the planet. There are 54 states here.

18. Africa is crossed by the equator and the prime meridian. Therefore, the continent can be called the most symmetrical of all existing ones.

19. It is in Africa that the only surviving wonder of the world is located – the pyramids of Cheops.

20. There are more than 2,000 languages ​​in Africa, but Arabic is the most widely spoken.

21. For several years now, the African government has been raising the issue of renaming all geographical names received during colonization to traditional names used in the tribal language.

22. Algiers has a unique lake. Instead of water, it contains real ink.

23. In the Sahara desert there is a unique place called the eye of the Sahara. This is a huge crater with a ring structure and a diameter of 50 kilometers.

24. Africa has its own Venice. The houses of the inhabitants of the village of Ganvie are built on the water, and they move exclusively by boat.

25. Howik Falls and the reservoir into which it falls are considered by local tribes to be the sacred abode of an ancient monster similar to Loch Ness. Livestock is regularly sacrificed to him.

26. Not far from Egypt in the Mediterranean Sea, is the sunken city of Heraklion. It was discovered quite recently.

27. In the middle of the great desert there are Ubari lakes, but the water in them is several times saltier than in the sea, so they will not save you from thirst.

28. The coldest volcano in the world, Oy Doinio Legai, is located in Africa. The temperature of the lava that erupts from the crater is several times lower than ordinary volcanoes.

29. Africa has its own Colosseum, built in the Roman era. It is located in El Jem.

30. In Africa there is a ghost town – Kolmanskop, which is slowly swallowed up by the sands of the great desert, although 50 years ago it was densely populated by inhabitants.

31. The planet Tatooine from the Star Wars movie is not a fictitious name at all. Such a city exists in Africa. It was here that the shooting of the legendary film took place.

32. Tanzania has a unique red lake, the depth of which changes depending on the season, and along with the depth, the color of the lake changes from pink to deep red.

33. On the territory of the island of Madagascar there is a unique natural monument – a stone forest. High thin rocks resemble a dense forest.

34. There is a large landfill in Ghana, where household appliances from all over the world are brought.

35. Morocco is home to unique goats that climb trees and feed on leaves and branches.

36. Africa produces half of all the gold that is sold in the world.

37. Africa has the richest deposits of gold and diamonds.

38. In Lake Malawi, which is located in Africa, the most species of fish live. More than in the sea and ocean.

39. Lake Chad, over the past 40 years, has become smaller, by almost 95%. It used to be the third or fourth largest in the world.

40. The world’s first sewerage system appeared in Africa, on the territory of Egypt.

42. In Africa, the system of medical care and medicine in general is still poorly developed.

43. More than 25 million people in Africa are considered HIV-infected.

44. An unusual rodent lives in Africa – a naked mole rat. His cells do not age, he lives up to 70 years and does not feel pain at all from cuts or burns.

45. In many African tribes, the secretary bird is a domestic bird and serves as a guard against snakes and rats.

46. Some lungfish that live in Africa can burrow into dry ground and thus survive the drought.

47. The highest mountain in Africa – Kilimanjaro is a volcano. Only it has never erupted in its life.

48. Africa has the hottest place in Dallol, where the temperature rarely drops below 34 degrees.

50. In Africa, most countries are considered third countries in the world, that is, poorly developed.

51. The largest country in Africa is Sudan, and the smallest is the Seychelles.

52. The top of Mount Dining Room, located in Africa, has a top that is not sharp, but flat, like the surface of a table.

53. The Afar Basin is a geographic region in eastern Africa. Here you can watch the active volcano. About 160 strong earthquakes occur here annually.

54. The Cape of Good Hope is a mythical place. Many legends and traditions are associated with it, for example, the legend of the flying Dutchman.

55. Pyramids are not only in Egypt. There are over 200 pyramids in Sudan. They are not as tall and famous as those located in Egypt.

56. The name of the continent comes from one of the tribes “Afri”.

58. Cairo is the most populous city in Africa.

59. The most populous country is Nigeria, the second largest is Egypt.

60. A wall was built in Africa that was twice as long as the Great Wall of China.

61. The first person to notice that hot water freezes faster in a freezer than cold water was an African boy. This phenomenon was named after him.

63. South Africa has the second largest hospital in the world.

64. The Sahara desert is increasing every month.

66. The island of Madagascar is inhabited by animals that are not found anywhere else.

67. There is an ancient custom in Togo: a man who has made a compliment to a girl must certainly take her as his wife.

68. Somalia is the name of both a country and a language at the same time.

69. Some tribes of African natives still do not know what fire is.

70. The Matabi tribe of West Africa loves to play football. Only instead of a ball they use a human skull.

72. On August 27, 1897, the shortest war took place in Africa, which lasted 38 minutes. The government of Zanzibar declared war on England, but was swiftly defeated.

74. The official name of Libya is the world’s longest country name.

75. African Lake Tanganyika is the longest lake in the world, its length is 1435 meters.

76. The Baobab tree, which grows in Africa, can live from five to ten thousand years. It stores up to 120 liters of water, so it does not burn in a fire.

77. Sports brand Reebok chose its name in honor of a small but very fast African antelope.

78. The trunk of the Baobab can reach 25 meters in volume.

79. Inside the baobab trunk is hollow, so some Africans arrange houses inside the tree. Entrepreneurial residents open restaurants inside the tree. In Zimbabwe, a railway station was opened in the trunk, and a prison in Botswana.

81. Only in Africa does the insectivorous plant Gidnora grow. It is more likely to be called a fungus-parasite. Hydnora fruits are eaten by local residents.

82. The African tribe Mursi is considered the most aggressive tribe. Any conflicts are resolved by force and weapons.

83. The largest diamond in the world was found in South Africa.

84. South Africa has the cheapest electricity in the world.

85. Only off the coast of South Africa there are more than 2000 sunken ships, whose age is more than 500 years.

86. In South Africa, three Nobel Prize winners lived on the same street at once.

87. South Africa, Zimbabwe and Mozambique are tearing down some national park boundaries to create one big nature reserve.

88. In Africa, the first heart transplant was performed in 1967.

90. The largest percentage of malaria cases is in Africa – 90% of cases.

91. The snow cap of Kilimanjaro is rapidly melting. Over the past 100 years, the glacier has melted by 80%.

92. Many African tribes prefer to wear a minimum of clothing, putting on the body only a belt to which weapons are attached.

93. Fez is home to the oldest functioning university in the world, founded in 859.

94. The Sahara desert covers as many as 10 African countries.

95. Under the Sahara Desert there is an underground lake with a total area of ​​375 square kilometers. That is why oases are found in the desert.

96. A large area of ​​the desert is occupied not by sands, but by petrified earth and pebble-sandy soil.

97. There is a map of the desert with marked places where people most often observe mirages.

98. The sand dunes of the Sahara Desert can be taller than the Eiffel Tower.