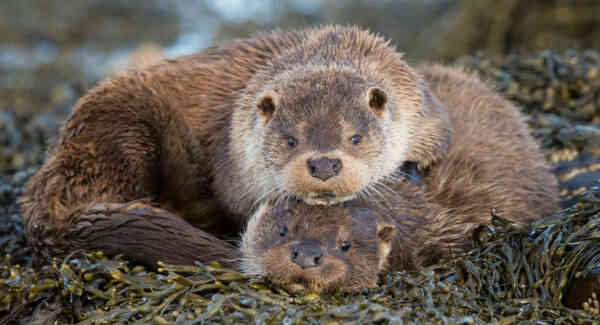 Being partly aquatic, otters are intelligent and cunning animals. They skillfully disguise their dwellings to protect them from being plundered by other animals or humans, and they do it so skillfully that it is almost impossible to detect them. However, their high intelligence is confirmed by a number of experiments. The only pity is that these animals have to regularly leave their usual habitats when they are forced out by human civilization.