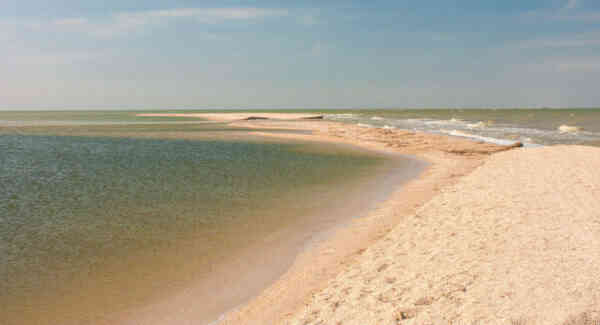 There are numerous resorts on the shores of the Sea of ​​Azov that have been popular since the times of the USSR. Being rather shallow, it warms up well in the summer months, which pleases lovers of swimming in warm water and lying on the beach. At the same time, vacationers do not even suspect that a stormy life is in full swing in the depths of the sea, and somewhere beyond the horizon, numerous ships ply it.

Interesting facts about the Sea of ​​Azov