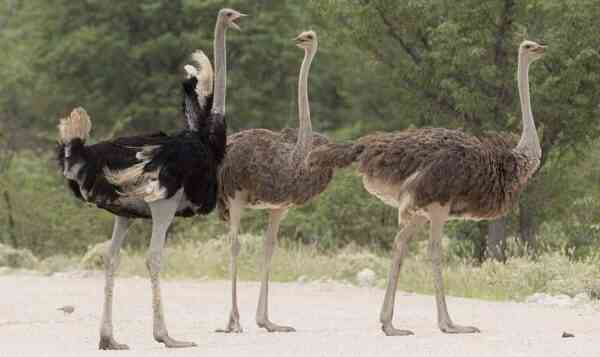 Amazing birds ostriches are not like other birds. Preferring to run rather than fly, they are not distinguished by intelligence, which does not prevent them from being perfectly adapted for survival. However, they only seem so funny, but in fact, an angry ostrich is not the enemy that one would like to meet on a narrow path.